A friend of mine shared this link on Facebook, can anyone explain the huge price difference?

Today I started using the 3G service I got from Alfa, I won’t make a judgement on it yet since I was very busy and I barely managed to use it but the speeds were a little slow when I did test them. I did not use it for browsing yet and the only app I used was whatsapp so I didn’t see any improvement in this area.

I contacted customer support via mail today and they called me back, they were very helpful and I’ll make a post about that on another day.

Here’s a small list of results I got from the speedtests (using speedtest.net app for android)

Reception in Sin El Fil is a little bad indoor (1-2 over 5) and good outside (3-5 over 5) but I managed to make good quality phone calls indoors and outdoors. In Naccache it’s good with a full reception outdoors and an indoor reception similar to the one I got outdoors in Sin El Fil.

I am currently using the connection to download app updates on my phone and they are downloading faster then usual so that’s a good sign! I got to go watch the latest episodes of How I met your mother and 2 and a half man now but I promise you I’ll keep updating you about the connection as I test it!

Here’s a scan of the flyer I got with my Alfa 3G line. In the second page you can see the different regions in Lebanon that will be covered by 3G in the testing phase. 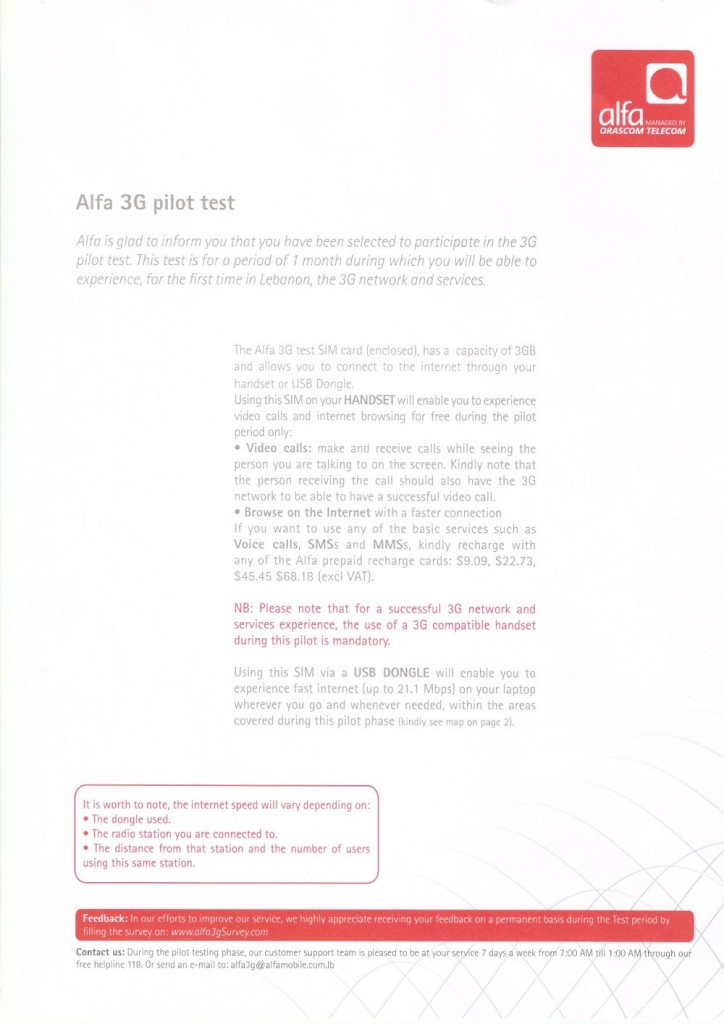 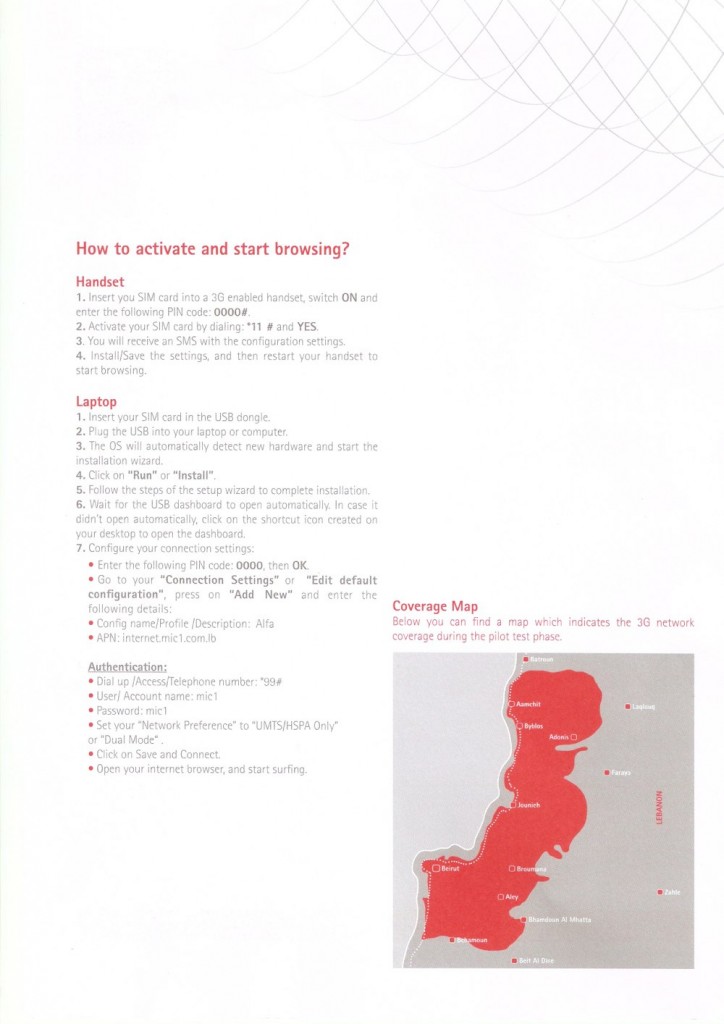 Today I attended the SMW Beirut event at the Mar Roukoz campus of USJ. During the event the minister of telecommunication launched the 3G service in Lebanon on a limited bases just for testing. At the end of the conference a draw was made to select 25 students from each mobile operator to test the service and I got lucky and received a SIM card from Alfa!. In total 4000 users will test it, 25% will be students and the others will be randomly selected from the population.

So for the next month I will be testing 3G in Lebanon and updating you guys here and on Twitter (@eliedh).

I have a 3GB data cap on the service and I according to the flyer I should expect speeds up to 21.1 Mbps.

The person distributing the SIM cards at the end of the conference told us that the 3G will start working tomorrow. I already placed the SIM card in an HTC Mozart phone (running windows phone 7). I got a 3G signal and I was able to call it from my other line but the internet did not work. I’ll try it later tonight on an HTC Hero (running android).

During this month I’ll try to test the connection on as many devices as I can and use as many services as I can.

Here’s a list of the devices I plan to test on (I have the devices marked in bold and can get quick access to the others):

Note that I did not check if all the devices support the technology used by Alfa so I’ll check before testing each one. I’ll also try to use the tethering option on devices that support it. In addition to that I might get a USB dongle to test it on my Macbook pro and on my windows laptop.

The services I use on a daily basis on my mobile are the following: Whatsapp, Foursquare, Twitter, Facebook. During the testing period I’ll try to stream some videos to the mobile phones and perform a speed/ping test on every device/region. If I get the chance I will also try to place a Video call (but during the conference I heard that it does not work yet so I’m not sure about it).

I hope the service works correctly and that we can finally have decent internet in Lebanon, I’ll make sure to inform Alfa about any problem I might encounter since this is a testing period and hopefully 3G will be available to everyone soon.

If you have any suggestions or questions please share them in the comments.

According to lebanonfiles.com Lebanese authorities banned the new lady gaga album in Lebanon “because it harms Christianity”. That will surely help because you know everyone buys music legally on CDs in Lebanon… 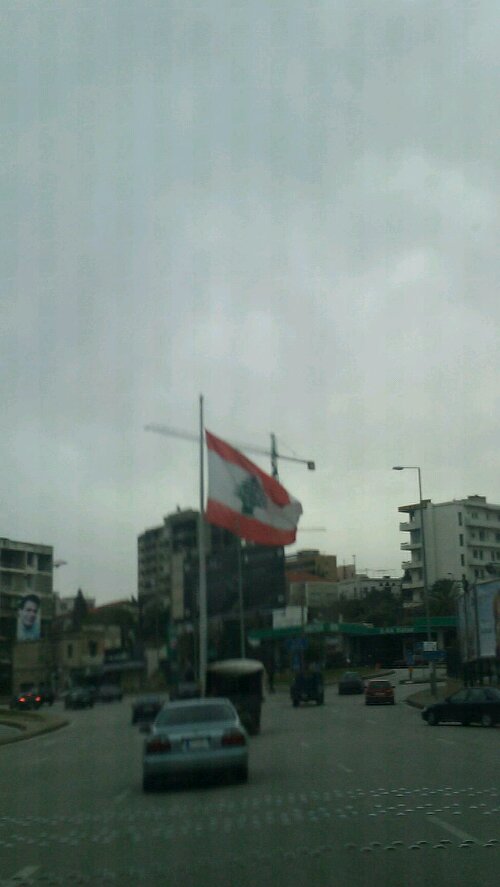 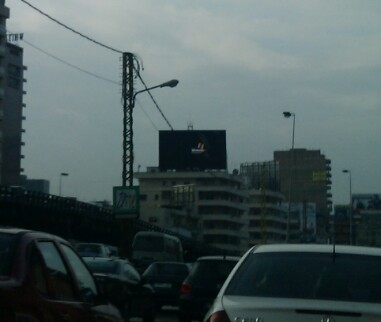 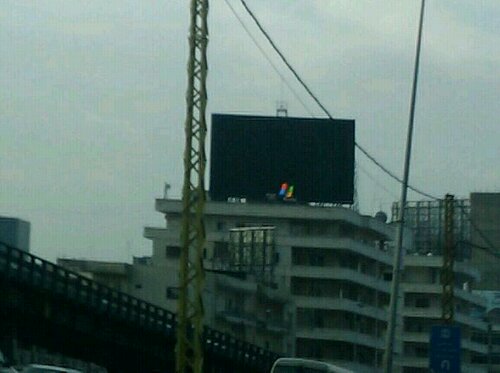 This morning while going to work I noticed that the ad on the Jal el dib highway was displaying the windows xp screen saver instead of ads!
I guess someone is getting fired for not moving the mouse :p

Posted from my cell.

I just read this article on Agenda Culturel (french – click here for the english translation).

Apparently they are going to start laying the fiber optics cable required to deliver fast broadband to Lebanese internet users. The article says we should receive speeds of 15Mbps soon.

With all the political problems and the fact that there is no government to approve the future steps of the plan I doubt this will happen, but we can only hope! 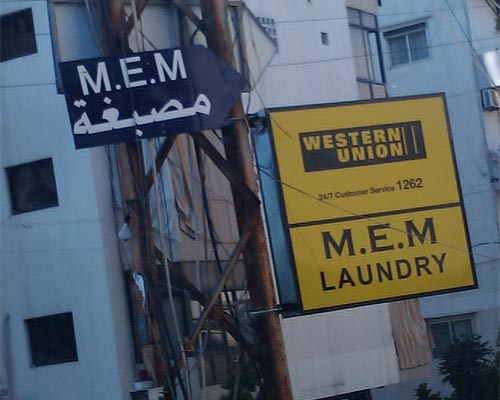 There’s a new laundry that opened on the way to my house. With the new sign I am not sure what kind of laundry they do!

Draft of the Law, Facebook page against the law, More info about the Law, Naharnet Article.