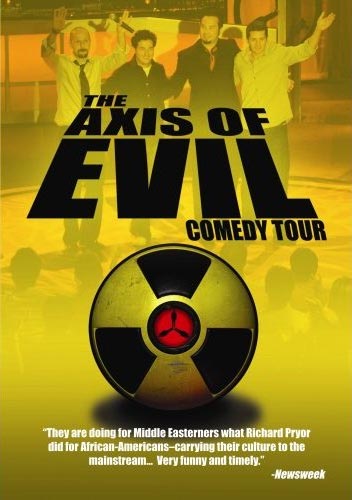 The Axis of Evil stand up comedy group is going to perform in Lebanon on December 5, 6 and 7 in the Casino du Liban, they already toured some countries in The Middle East and Lebanon is their final destination. You can check videos of their performance on the official website or on YouTube.

A Friend introduced me to the group some time ago and I really liked them. I watched a lot of clips taken from the show on YouTube and a couple of weeks ago I watched the complete show on the Comedy Channel so I am surely going to go and watch the live performance!

General Michel Aoun ktir cool!! Check out his latest statement, he tells us he is cool at exactly 11:04. In case you don’t know “Na7na Ktir Cool” is a sentence used by Carlos and Pamela, two characters from the “La Youmal” TV show from Future TV. La Youmal has a sketch about Aoun and FPM in every episode so him saying this today makes the sentence even funnier now! You can check out the original “cool” pair in any of the La Youmal videos here.

Today I received a forwarded mail that claims that sources from the UNIFIL intelligence told someone that some terrorists want to attack MCDonalds in Lebanon to oppose the Annapolis conference.

Here’s the mail, it was originally sent by some Joumana but that could be easily faked so I wont put the full name or e-mail of the person:

Through UNIFIL Intelligence Sources, we are informed that Mc Donald’s restaurants in Lebanon could be a target by TERRORISTS opposing the Annapolis meeting. So you are advised to avoid these places for the remaining of the week.
Stay Safe,
Joumana

In my opinion this mail is just a bad joke done by some person that wants to harm McDonald’s. For starters UNIFIL does not go sharing its intelligence with people! And even if it did I guess they would have just made it public instead of telling “Joumana” leaving her the task to protect the Lebanese! In addition to this and if my memory is correct I remember receiving something similar to this a couple of years ago, and the mail got denied on TV back then and the police started an investigation to find out who the sender was.

So if you receive this mail just ignore it and throw it in your trash, I am pretty sure McDonald’s is secure, don’t worry you can have a big Mac this week!

Since having a Facebook account is comparable to having an ID in Lebanon 99% of Lebanese are now connected to Facebook. And since more than 50% of the visitors to this site are Lebanese I think this guide will help many of you decide whether you should poke a person or not in the future based on their profiles pictures.

This guide explains to you how to interpret the picture of every person on Facebook (or on any other similar site). For example you should know that if a person is holding an alcoholic beverage in his hand that doesn’t mean he is fun and laid back, what it means is that this guy was probably never photographed without a beverage in his hand! For more picture interpretation guides click here. (btw most of them are true :P ) 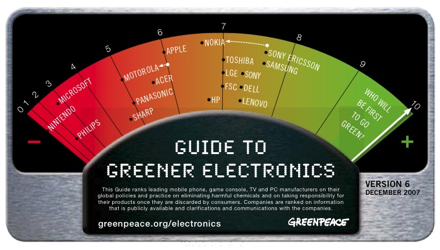 I was checking Greenpeace’s “Guide to greener electronics” and apparently the stuff I own are made by a bunch of green companies. My cell phone is a Sony Ericsson with 7.7/10, my laptop is a Toshiba with a 7/10 and the DVD player and surround system in my room are from LG with a 7/10 too. The other electronics in the house are mostly from green companies too so I am glad I have little negative on the environment!

A couple of months ago I got a Laptop and moved everything from my desktop to it, the only stuff I couldn’t move were my custom MSN messenger emoticons. I tried to enter via another username to the other PCs messenger and send the emoticons manualy but it didn’t work since each user has its own emoticon collection.

Yesterday I found a little tool that does half the job for me, this wizard (direct download link) will extract emoticons, display pictures and background from any MSN account you want and put them in a folder you select. You still have to manually re-create every emoticon but it’s better than nothing!

Since the politicians decided to spend the week screaming at each others on TV, half of my plans for the weekend were canceled due to the “situation we all know” (quoting the mail sent by my university to tell us we have no classes) so I spent a lot of time on the internet. One of the stuff I found was this little game with screaming beans, check it out, the only difference between the beans and the politicians is that at least you can shut the mouth of most of the beans :P . 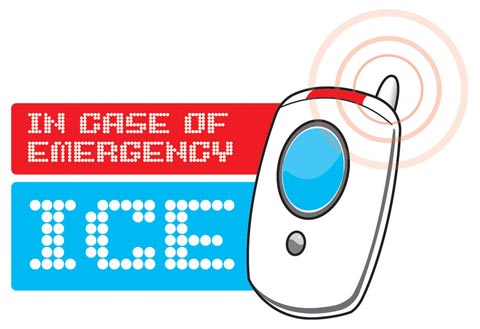 This morning I watched a Lebanese red cross ad on TV encouraging people to enter an ICE number into the phone book of their Cell-Phones.

ICE means In Case of Emergency and entering this phone number will allow the Red Cross or any first responder to know who to contact in case you are in an accident. All you have to do is add a contact to your cell with the number of the person you want them to call in case you are in an accident. If you have multiple ICEs just name them ICE1, ICE2 … you can also add the relation you have with that person after the number like this: ICE1-Mom …

Note that the ICE program is not only running in Lebanon, it is also used in Europe and North America so get your cell phone and add an ICE entry now!

Visitors to LF’s site tonight got a weird message saying “Christmas is Here” one month before Christmas, the reason they got this message is because the guy that did the countdown that was running on the site took a Christmas countdown and modified it, the only thing he forgot to modify was the result :D, here’s a screenshot of the site the second Lahoud left office. 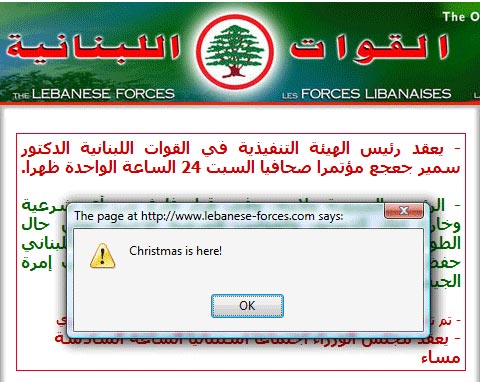 I hope they agree on a new president soon that will be able to fix the mess done in those 9 years!