The army didn’t organize a parade for the second year in row due to political and security reasons but apparently this year Offre Joie organized one to celebrate independence day, I just found this picture of the parade on BBC’s Day in pictures but couldn’t get any more info about it. 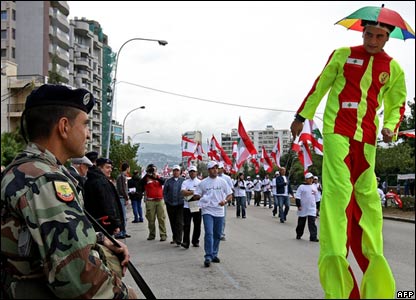 Soldiers provide security for a parade by the Lebanese group Offre Joie in central Beirut.

I hope next year we get a normal happy independence day.