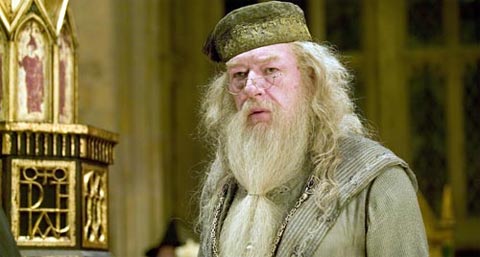 Sometimes I really don’t get people in Europe and the USA, Waiting a day in line to go get a book, a phone or a game is a little weird but since they don’t have politicians fighting and making them guess when a war will start I can understand why they do that. They just need something to have fun with.

But one week ago JK Rowling announced that a character in Harry Potter, Dumbledore, is Gay. This news became the most read and emailed story in BBC, it got on Digg’s front page and on every news site on the web. But is this really interesting!? He is just a character in a book! She created him, she could grow him a third leg if she wants, how the hell is this affecting peoples lives!! Why do they care so much??

2 replies on “Do they know it is a fictional character?”

Ummm… I don’t know. Well, here in the UK, I can understand why people would invest their free time being silly or doing silly things that have nothing whatsoever to do with the real stuff, the intellectual talks and the intelligent gatherings. People here work like machines. Words would not be able to describe London round the clock; you have to take my word for it. I am not excusing or justifying the drinking culture here or stupidity in general, I am just saying that the way it is here in London forces one to retreat to a place in one’s mind where as little braincells as possible can/may be used. Manytimes I feel I am one of those people; set aside the fact that I am a research student, which alone is a huge commitment, life in London is very mecanical, fast and daunting. After those long hours of work/study, you want to be the stupidest you could be. This is my answer to your question. A point of view.

Thanks for the reply poshlemon, People everywhere “want to be stupid” sometimes but I guess people choose different stuff in every country to be stupid about and in Lebanon I am not used to people making a huge deal about those stuff.