I got my first phone when I was 15, a Nokia 3410, the phone was amazing at the time, it could download java games, had wap and could play polyphonic ringtones. 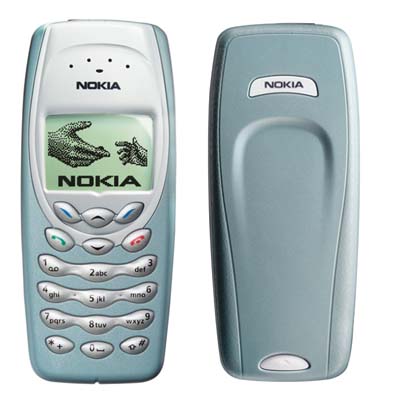 2 years later the phone stopped working, I wasn’t doing great in school back then so my parents didn’t want to get me a phone I would “like” so instead they got me a Nokia 2100, I hated this phone! my old one could do more stuff! this one didn’t even have wap! 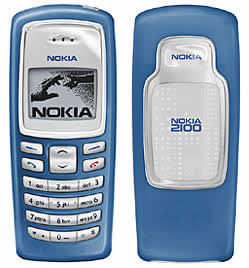 I kept this phone for a couple of months and I later took my mum’s old phone when she replaced it with a new one, it was a Nokia 8310, it had wap (it even updated a few games from wap!) and could record short voice clips. It wasn’t great but it was better then the 2100! 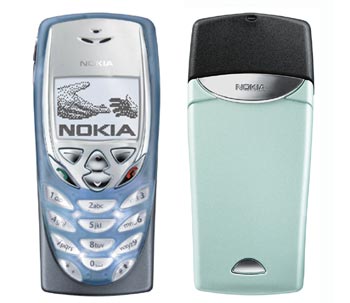 The 8310 was my last Nokia, when I finally could get a new phone I got the Sony Ericsson K700i. It was my first mobile with a color screen, it had Bluetooth, Internet, Java Games, a Camera, Infrared, and 40 MBs of memory! I remember thinking that I would never need more then 40MBs when I got it! Back then in class, half the phones had bluetooth and the other half only had infrared so we used my phone every time someone wanted to transfer something from a phone that had bluetooth to a phone that only has infrared. 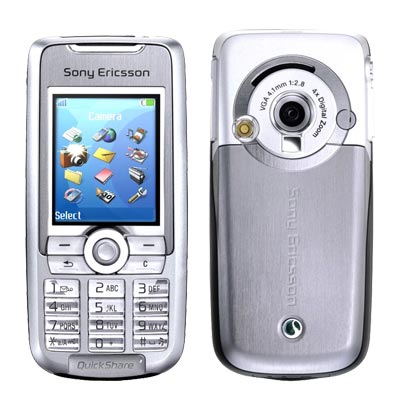 I later got a Sony Ericsson K750i, it had the same features but had a better camera. 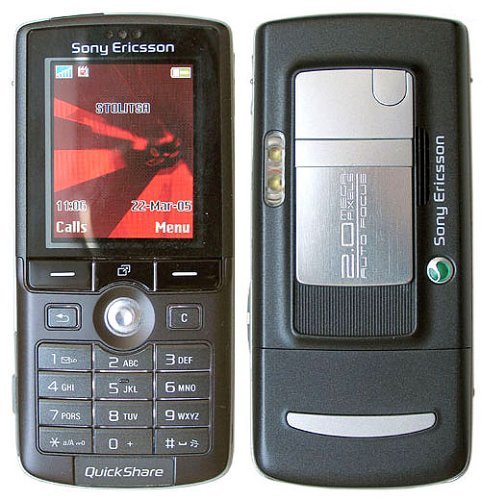 My last Sony Ericsson was P1i, it was also my first smart-phone, it had Wi-Fi, a touch-screen, a 3.2MP cam and all the features of the previous phones. 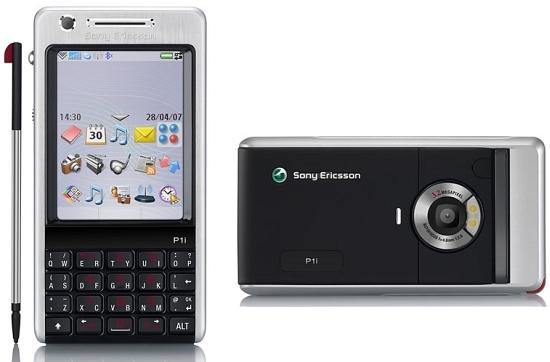 My current, soon to be replaced, phone is an HTC Hero running a 2.1 version of the android OS. It’s a good phone but I am not sure I will be getting another android phone since you never know if the vendor is going to update it or not. 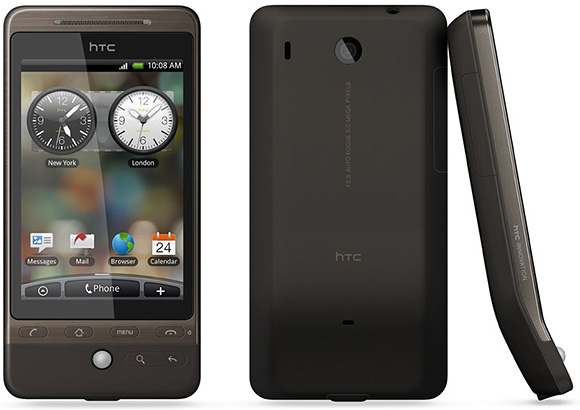 My next phone will probably be an IPhone(5?) or a (Nokia?)WM7 phone…

Today Microsoft and Nokia will announce an agreement, people were guessing that this agreement involves Office on Nokia phones. I have exclusive information that contradict this guess. What Microsoft and Nokia will be announcing today is the start of Windows on Nokia phones. You will first see XP on the new Nokia Smartphone N97 (pictured bellow running XP) and other phones will follow.

Okay! I was just kidding! I just saw the Giant Demo N97 in virgin city mall stuck on this XP screen and here is the pic. 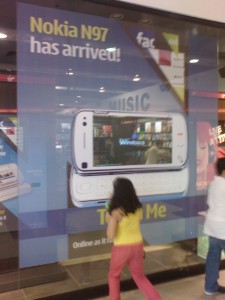