The websites of Al Shira3 and of the ministry of tourism were hacked today by a guy called “Controller” that wants them to stop attacking Hezbollah! 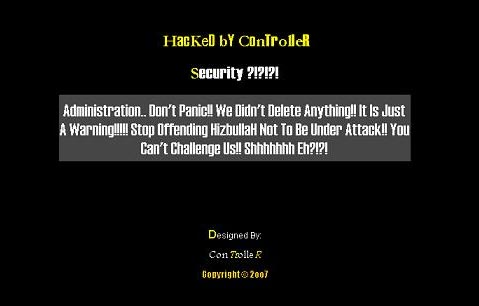 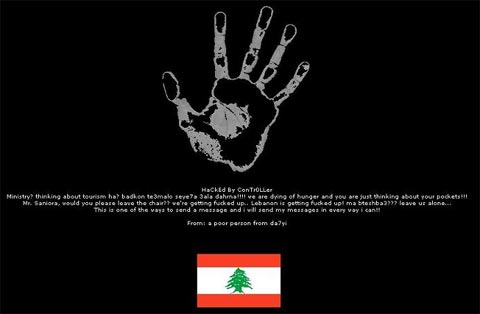 Hacking is not something new and it is not the first time Lebanese do it to express a political view, Many .gov.lb sites were hacked during the Syrian occupation and Tayyar.org was hacked a year ago but what I really didn’t like about this hack (not that I liked the previous ones) is that this guy attacked the website that is supposed to let foreigners discover Lebanon. We are free to attack each others “internally” but not every person in the world should be able to see that Lebanon is currently messed up!