A lot of people in Lebanon have a hobby, they like to kill birds. That’s not very weird, a lot of people around the world like to go hunting. The only problem in Lebanon is that Lebanese don’t have a limit. Normal people feel something is weird when they go to picnic in the mountains and sit on a carpet of multicolored empty rifle rounds but in Lebanon people finish eating, take the rifle out of the car and start hunting! When they return home in the evening they complain that they weren’t able to catch a lot of birds this time and that no single bird passed over their heads. I wonder why!

People hunt birds in every country in the world, the only difference is that in normal countries the hunting is controlled, people are only allowed to kill a certain amount of birds from X specie and if they are caught with more birds they face heavy fines and prison.

In Lebanon we have laws but we have no one to apply them, the police never stops anyone, and even if they do they just take the bird and the riffle and set him free. The ministers that are supposed to apply the law can sometime be hunters (Sleiman Frangieh was minister of interior) and the minister of environments are usually given to people for political reasons (That’s were Wi2am Wahab started his bright political career!).

Birds migrate so when we kill birds we are not just killing Lebanese ones we are affecting the earth, something must be done about this! I am not asking them to stop hunting, all what they should do is educate hunters and control them like any normal country in the world does! 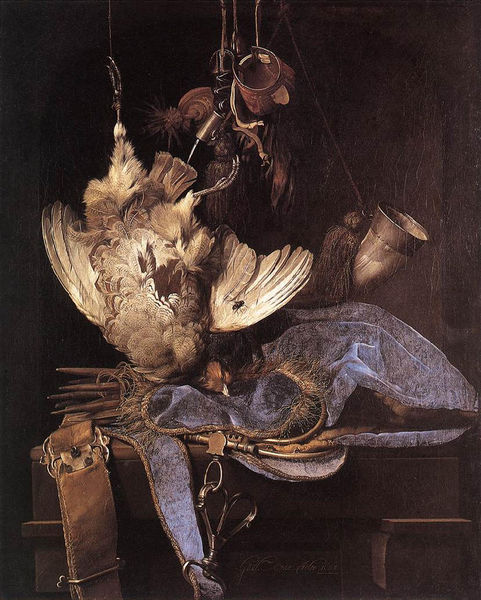 7 replies on “Bird Hunting in Lebanon”

Yes!! thats right man, unfortunately i don’t call those people hunters they are killers, i am a lebanese hunter in Sweden and i wish one day that the lebanese will take care of their nature, to be a hunter is very positive to the nature to make a balance but only for serious hunters and not killers

hunting will never stop! it is the best hobbie in the world. it is a part of me!

IM A DAILY HUNTER DURING THE SEASON….. BUT 1 DAY WE WILL BE MISSING THE MIGRATION. JUST BECAUSE OF THOSE DUMB HUNTERS SHOOTING ON ANY THING THAT PASS.HUNTING BECAME A PART OF A DAILY PLAN….AS” LETS GO PARTY THAN HAVE A KNEFE THAN WE GO HUNTING”AND THE TRUTH IS ”THEY KNOW NOTHING”ON THE OTHER HAND ,THE NUMBER OF ”SHOOTERS” INCREASED WHEN THE DEALERS INTRODUCED LOW COST TURKISH GUNS.THEY GRAB A GUN IN TWO MINUTES AND OCCUPY HE BEST HUNTING SITES. THOSE ARE SHOOTERS NOT HUNTERS. LONG LIVE HUNTING.ITS NOT ABOUT THE MEAT….ITS ABOUT THE HEARTBEAT.

You’re wrong, hunting will stop if you run out of birds This is why hunters around the world believe in conserving wildlife, and not exterminating it with irresponsible hunting. I don’t get hunting personally, but if you, do than you’re expected to preserve then environment and wildlife you like to hunt! In this coming election in Lebanon, I’m sure voters, including voters from abroad, will care where candidates stand on hunting.

hunting will never stop! it is the best hobbie in the world. it is a part of me!

that’s ignorant, because your makanet won’t revive eco-toursim. You are costing Lebanon billions in lost tourist money by turning it into a grey lifeless parking lot.