Here is “Mike” the headless chicken from USA. Mike has a very interesting story. The owner of the chicken wanted to eat it so he cut its head but the chicken somehow managed to survive without its head for 18 months! In those 18 months the owner took the bird across the US and showed it around until the bird choke to death during one night.

You can read more info and check some pictures of Mike here, but for some really weird stuff check out this site (that’s where I found out about this chicken in the first place) giving 5 scientific reasons why a bunch of Zombies might start attacking humans soon. 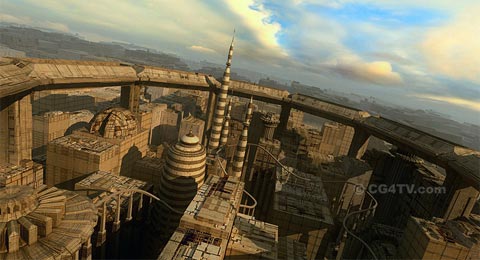 The BBC has an interesting article about a theory by Evolutionary theorist Oliver Curry of the London School of Economics.

In the theory Curry speculates that the human race would peak at the year 3000 and then decline due to a dependence on technology he also expect our race to split in two eventually in 98,000 years, a genetic upper class and a dim-witted underclass.

But in the nearer future, humans will evolve in 1,000 years into giants between 6ft and 7ft tall, he predicts, while life-spans will have extended to 120 years, Dr Curry claims.

Physical appearance, driven by indicators of health, youth and fertility, will improve, he says, while men will exhibit symmetrical facial features, look athletic, and have squarer jaws, deeper voices and bigger penises.

Women, on the other hand, will develop lighter, smooth, hairless skin, large clear eyes, pert breasts, glossy hair, and even features, he adds. Racial differences will be ironed out by interbreeding, producing a uniform race of coffee-coloured people.

Personally I always wondered in school while we were learning the evolution theory if our race will split up again like it did in the past and apparently it will eventually, but I just wonder if humans will be smart enough to survive another 100,000 years. We currently have the power to destroy the earth using nuclear weapons, we are draining all the resources on the planet, we are polluting it and we are even messing with our genes so I think all these factors have more chances to destroy the race then the race has chances to split.